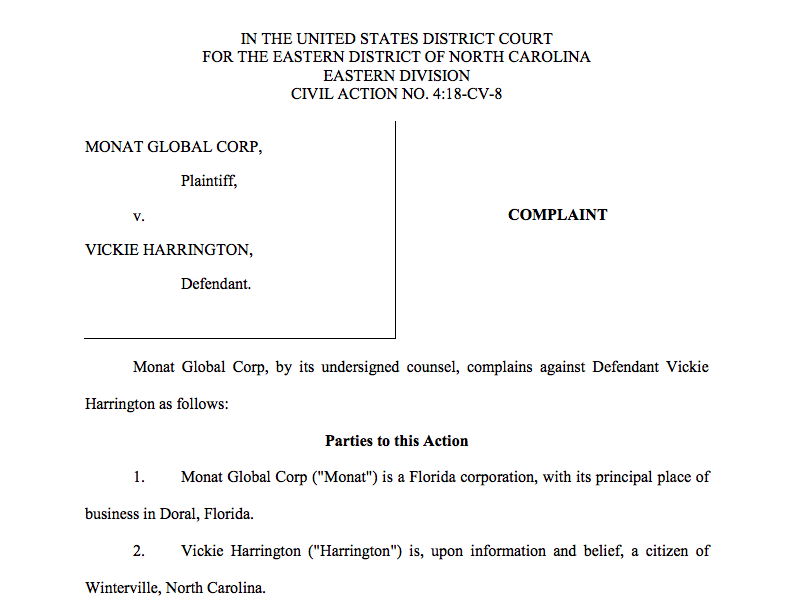 The company is seeking permanent injunctive relief against Harrington, as well as punitive damages in excess of $225,000 for her intentional and maliciously false statements.

This is the second defamation lawsuit MONAT has filed in the past year. Last month, a federal judge ruled in the company’s favor in allowing MONAT to proceed with a similar lawsuit against a beauty salon owner.